A new study of acupuncture — the most rigorous and detailed analysis of the treatment to date — found that it can ease migraines and arthritis and other forms of chronic pain.

The findings provide strong scientific support for an age-old therapy used by an estimated three million Americans each year. Though acupuncture has been studied for decades, the body of medical research on it has been mixed and mired to some extent by small and poor-quality studies. Financed by the National Institutes of Health and carried out over about half a decade, the new research was a detailed analysis of earlier research that involved data on nearly 18,000 patients.

The researchers, who published their results in Archives of Internal Medicine, found that acupuncture outperformed sham treatments and standard care when used by people suffering from osteoarthritis, migraines and chronic back, neck and shoulder pain. 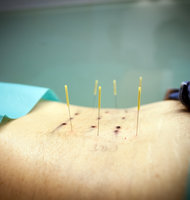 Acupuncture may be helpful in treating migraines, arthritis and chronic pain.Credit Gordon Welters for The New York Times

“This has been a controversial subject for a long time,” said Dr. Andrew J. Vickers, attending research methodologist at Memorial Sloan-Kettering Cancer Center in New York and the lead author of the study. “But when you try to answer the question the right way, as we did, you get very clear answers.

“We think there’s firm evidence supporting acupuncture for the treatment of chronic pain.”

Acupuncture, which involves inserting needles at various places on the body to stimulate so-called acupoints, is among the most widely practiced forms of alternative medicine in the country and is offered by many hospitals. Most commonly the treatment is sought by adults looking for relief from chronic pain, though it is also used with growing frequency in children. According to government estimates, about 150,000 children in the United States underwent acupuncture in 2007.

But for all its popularity, questions about its efficacy have long been commonplace. Are those who swear by it experiencing true relief or the psychological balm of the placebo effect?

Dr. Vickers and a team of scientists from around the world — England, Germany, Sweden and elsewhere — sought an answer by pooling years of data. Rather than averaging the results or conclusions from years of previous studies, a common but less rigorous form of meta-analysis, Dr. Vickers and his colleagues first selected 29 randomized studies of acupuncture that they determined to be of high quality. Then they contacted the authors to obtain their raw data, which they scrutinized and pooled for further analysis. This helped them correct for statistical and methodological problems with the previous studies, allowing them to reach more precise and reliable conclusions about whether acupuncture actually works.

All told, the painstaking process took the team about six years. “Replicating pretty much every single number reported in dozens of papers is no quick or easy task,” Dr. Vickers said.

The meta-analysis included studies that compared acupuncture with usual care, like over-the-counter pain relievers and other standard medicines. It also included studies that used sham acupuncture treatments, in which needles were inserted only superficially, for example, or in which patients in control groups were treated with needles that covertly retracted into handles.

Ultimately, Dr. Vickers and his colleagues found that at the end of treatment, about half of the patients treated with true acupuncture reported improvements, compared with about 30 percent of patients who did not undergo it.

“There were 30 or 40 people from all over the world involved in this research, and as a whole the sense was that this was a clinically important effect size,” Dr. Vickers said. That is especially the case, he added, given that acupuncture “is relatively noninvasive and relatively safe.”

Dr. Vickers said the results of the study suggest that people undergoing the treatment are getting more than just a psychological boost. “They’re not just getting some placebo effect,” he said. “It’s not some sort of strange healing ritual.” 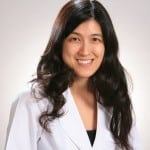 Jeannie Ng, L.Ac., M.A.O.M is a top Acupuncturist in Houston, Texas.  Jeannie Ng is a graduate of American College of Acupuncture and Oriental Medicine in Houston, Texas where she received her Masters degree in Chinese acupuncture and herbal medicine. She is licensed to practice Oriental Medicine by the Texas State Board of Medical Examiners. She broadened her knowledge studying TCM at the Shanghai University of Traditional Chinese Medicine with clinical studies at Yue Yang Hospital in Shanghai, China. She holds a Bachelors of Business Administration from University of Texas at Austin. She also holds Certification as a Diplomate from the National Certification Commission for Acupuncture and Oriental Medicine (NCCAOM). She holds Certification from Memorial Sloan–Kettering Cancer Center to manage the side effects associated with cancer support care.